Thousands of kids are left in hot cars every year, sometimes with tragic consequences.

Every year thousands of kids are left in hot cars, sometime swith tragic consequents. A parked car can become 20-30 degrees hotter than the outside temperature. 75% of the heating occurs in the first 5 minutes and 90% in the first 15 minutes. Even on a mild day a car can quickly become unbearable for a child. Children are particularly at risk because they lose fluid quickly. Dehydrated children are at risk of suffering potentially life threatening heatstroke.

What if the window is left open?

Leaving the window open has minimal effect on reducing the internal temperature of the car (only 1 degree Celsius when 1cm open).

How does it happen?

Parents often leave kids in the car thinking that they will be back in ‘just a minute’. This often turns into 10-15 minutes which places children in extreme danger.

Sometimes kids get locked in the car because they are playing with the car keys. It is important to call emergency services to get the child out of the car as quickly as possible.

In very sad events, usually due to change in routine, parents have forgotten their child is in the back seat. We urge you to put in place a ‘look before you leave’ routine whenever you get out of the car and leave something important on the backseat that you need to take with you (e.g. your wallet).

Never leave children alone in a parked car, not even for a minute.

Kidsafe teamed up with AAMI and celebrity chef Matt Moran to bring to life ‘The Unconventional Oven’. Matt Moran prepared a meal for awaiting food media, bloggers and members of the public interested in finding out about the ‘product launch’ of the unconventional oven. Matt then revealed to onlookers that he had in fact cooked the meal in a parked car. The parked car, which had been sitting out in the Bondi sun, had reached scorching temperatures of over 75 degrees Celsius.

A parked car can become 20-30 degrees hotter than the outside temperature. 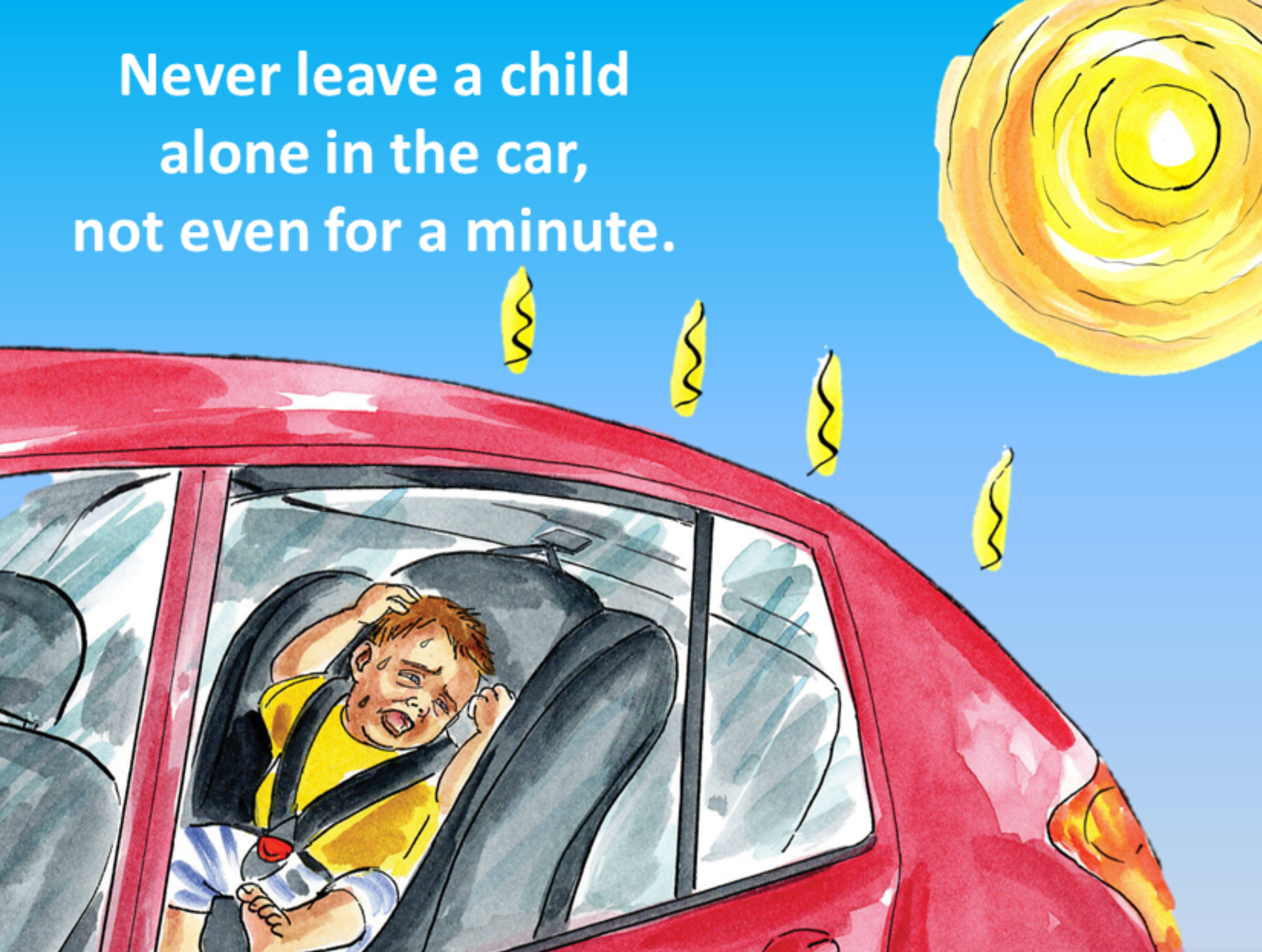